skip to main | skip to sidebar

This triptyhc was my entry in last Tuesday night’s Bay Area Photo Club Honor’s Night program under the assignment of “TEXTURE”.  This is the abandoned Charles Boldt Paper Mill in New Iberia, La and you can see a YouTube video about it:  https://www.youtube.com/watch?v=bv898Gvp6LY.  The judges liked it enough to score it as a Gold Award.
Posted by Larry at 6:12 PM 1 comment:

This was my second shot at Tuesday nights photo club meeting. I entered it in the Open division under the title "Windswept Memories" and I received a Silver award on it. It was taken close to the coast in Rockport, Tx this weekend. I took the shot in full morning light, about 9:30 AM, and then used a series of filters in post to create the ambiguous lighting.
Posted by Larry at 3:08 AM No comments: 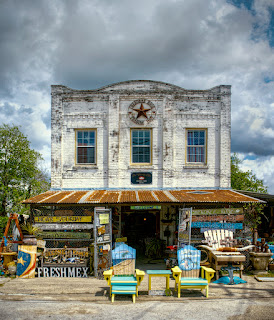 I took this shot of a little antique store called "Cherokee Rose Trading Post" outside of Rosharon, TX last Sunday.  It's a handheld 5 shot HDR composite that was post processed in Photoshop and enhanced with Topaz plug-ins.  I shot it with my Olympus E-1 and Pro Series 12-40 f2.8 wide angle lens.
Posted by Larry at 7:31 PM No comments: 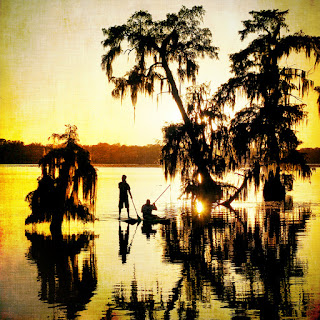 I took this shot back in September while visiting Lake Martin, just outside of Lafayette, back in September.  I entered in last night's Bay Area Photo Club Honor's Night program and the judges gave it a Gold award.  We were on a swamp tour on the lake when our guide pointed the spot out and said it was one of the most photographed sunset locations in the country.  My main thought when I see this shot is that we saw gators in this lake that were bigger than either "boat"!
Posted by Larry at 3:35 AM No comments: 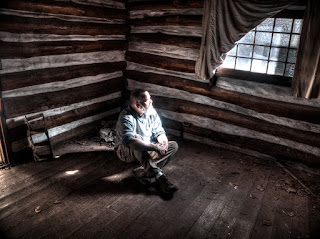 I took this self-portrait in an abandoned cabin at the Elkmont Campgrounds in the Great Smokey Mountain National Park near Townsend, TN.  This is one cabin in a ghost town that was created when the facilities were "officially" abandoned in 1990, but the state of disrepair shows neglect going back much further.  The national park wants to level the town but, some of the buildings have been deemed to have historical value so the fate of the town will likely be disputed for some time.
Posted by Larry at 4:20 AM No comments: 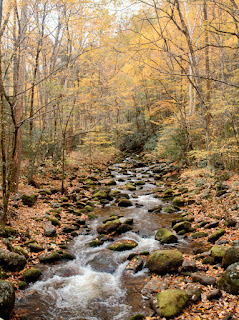 This is a three shot HDR of a creek located off the Roaring Fork Motor Trail in the Great Smokey Mountains National Park near the Gatlinburg entrance to the park.  We were there during the last week in October and caught the fall colors at close to their peak.
Posted by Larry at 4:24 PM No comments: 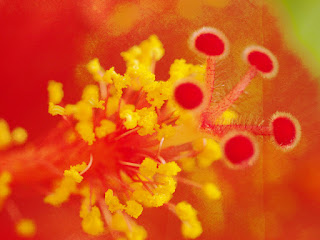 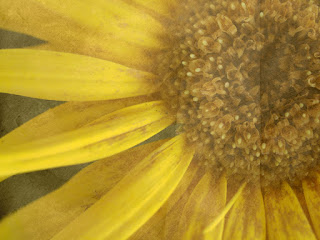 I took these two macros in my backyard yesterday to experiment with adding textures.  I used the same "Flypaper" texture on both ("Dangerous Liasons"), and these photos are the results.
Posted by Larry at 5:42 AM No comments:

Larry
I work in the industrial distribution sector as a salesman for a master distributor of valves and fittings in Houston, TX. I am a member of the Bay Area Photo Club which meets at the Art Alliance Center at Clear Lake in Clear Lake Texas on Tuesday nights. I shoot with an Olympus E-3 and my favorite lens in my Zuiko 12-60.